Laurence Gardner argues that authors deserve a higher share of e book royalties. Author of such bestsellers as Bloodline of the Holy Grail and Lost Secrets of the Lost Ark, he is now writing The Evolution of God and Revelation of the Devil.

A recent Publishers Weekly article has forecast that 2008 will be a record year for eBook sales and that the Internet will drive 21st-century publishing enterprises. It claims that, by the year-end, nearly every straight-text title published with commercial intent will be available in electronic format.

Book-sized electronic devices such as Kindle, Sony Reader and Iliad have now overcome the problems of screen glare and the uncomfortable effects of back lighting, with their grey matt displays now imitating paper as closely as possible. For eBooks, along with magazine and newspaper downloads, the technology provides the ability to store and access a great many texts and documents. It provides a convenient means of carrying a hefty bookshelf in transit, and clearly offers many practical advantages. At the outset, however, equipment of this quality is expensive with Britain’s Iliad selling, for example, at £449 plus VAT, which would buy a fair number of conventional books. Over and above this initial cost, the individual eBooks still have to be purchased, often at prices not too dissimilar to their hardback or paperback equivalents for current editions.

At the turn of the millennium, it was forecast that eBooks would transform methods of reading by way of a ‘download revolution’, but so far this has not even begun to happen and eBook purchases represent a very small portion of the market. Possibly some purchasers of eBooks also have printed copies of the books, but mostly the 1% or less who prefer eBooks buy them as substitutes. What appears to be evident is that eBooks are not generating an additional readership market; they are currently bought by those who, but for their availability, would otherwise buy the traditional editions.

If, as forecast, the number of eBook buyers increase as the technology becomes less expensive and the downloads fall in price, it is important to bear in mind that the purchases will mostly be ‘alternatives’ to printed editions, not additional sales. This would, therefore, impact on authors’ earnings, especially if the eBooks are cheaper and carry a lesser royalty rate. With this as a prospect, authors and agents should now ensure, when negotiating contracts, that resultant earnings are protected against such an eventuality.

Writers Guild of America members, essentially 12,000 screenwriters, have now been on strike for many weeks. Their dispute with the Alliance of Motion Picture and Television Producers concerns their contractual arrangements for ‘residual payments’, which fall considerably short of requirement in respect of DVD sales and Internet downloads or streaming. Albeit the eBook culture is currently more of a slow evolution than a revolution, it will undoubtedly form part of this growing multimedia market-place so that book writers are gradually pulled into the same web of restricted earnings that has ensnared screenwriters. Hence it is clear that all necessary steps should be taken from this early stage to counteract the possibility before it happens.

In a bid to save £200 million a year, while at the same time securing £250 million of extra investment, the recording company EMI has now announced the imminent loss of some 2,000 jobs, with staff to be made redundant in the face of collapsing CD sales. The physical product market has been decimated by cheap, and very often free, Internet music downloads. Whilst the Internet has dramatically reduced manufacturing costs and retail distribution budgets for the production companies, thereby enhancing profitability, it is causing mass unemployment along with a significant decrease in artists’ earnings. Some major artists and their managers are now reacting strongly against this. But in response Guy Hands, whose private equity company Terra Firma now owns EMI, has stated, “They are only concerned with their own income” – as if the singers and musicians are supposed to be some sort of benevolent institution along with the screenwriters! From the moment that publishing houses become controlled by the same mind-set that now pervades these other associated industries, authors will be equally at risk.

A particular problem with eBook downloads (as I have experienced to my own financial detriment) is that they can so easily be copied, printed and variously pirated for cheap illicit sales in the same way as audio, video and other such formats. Yes, formats like PDF can be encrypted, coded, locked and password-secured in attempts to prevent such tampering, but these safeguards are ultimately ineffective. Restriction Removal software is already openly available to counter such protective measures. Thus, the sale of a single eBook could easily result in the loss of dozens more legitimate sales of the work. Printed books are often passed around and lent to friends, but they are very rarely, if ever, photocopied wholesale for individual sale on the Internet.

The majority of authors these days write their books in word-processing formats, and many prepare texts with Quark or other desktop publishing software. Consequently, it is nothing special for an author to see his or her work on screen; it is an everyday occurrence. But a printed book on a bookshelf is an entirely different matter; it’s the form of publication that authors strive for, and the very reason why publishing houses are essential because of their production expertise and retail distribution network. If the eBook take-over were truly to happen as some marketeers envisage, with electronic texts being substituted by buyers for the printed word, then this would undoubtedly affect the publishing industry, whose printing, binding, packaging and retailer distribution services would become unnecessary if not finally obsolete. In such an environment, authors could just as easily convert their own works into PDF or other suitable format and sell them directly online.

By virtue of people’s inherent love of printed books as the most efficient, tactile and friendly medium, it is unlikely that the eBook revolution will ever happen as prophesied. Nevertheless, on the basis that it pays to ‘hope for the best, but prepare for the worst’, this is not the time for publishers blindly to follow the lead of forecasters whose interests are in digital media rather than the book trade. It is the time for publishers, agents and authors to safeguard their own and each other’s positions by establishing mutually agreed pricing and royalty structures from the contractual outset in respect of all electronic formats. 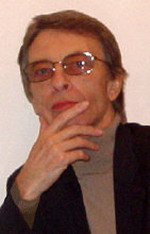 Laurence Gardner, who sadly died in August 2010, was a Fellow of the Society of Antiquaries of Scotland and a Knight Templar, holding a number of chivalric offices in Western and Central Europe. Best known as a revisionist and constitutional historian, Laurence was a regular transatlantic broadc...More about Laurence Gardner