After the Hanging
Alexander Larman

In HMP Reading in 1962, a young aristocrat, Rupert Devereux, is executed for his father’s murder, as he protests his innocence. The hanging is botched, and one of the warders, Fred Cooper, is scapegoated and dismissed. He later retrains as a policeman.

Four years later, the now redundant hangman is found dead in a pub he owns. Initially dismissed as suicide, it becomes clear that his death is the first in a series of murders connected to Devereux’s execution. A tabloid reporter, Ian Pratt, sees an opportunity and pursues the story, as two Oxford detectives, DCI Stanley Wirral and the now DI Cooper, begin an investigation. After several further brutal killings, they realise that their perpetrator is exacting revenge for Devereux’s execution by murdering everyone who was present at it.

The policemen visit Elspeth Cunningham, a retired spinster who has discreetly assisted them with solving crimes in the past, including the Devereux case. She suggests that the killer is acting in association with someone, rather than individually, as the reporter begins to receive tip-offs from a mysterious figure called ‘Clytemnestra’, who suggests where and when the next murders will take place.

Elspeth befriends a local bookseller, Alexander Wilmot, and reveals her previous connection with Devereux’s father: as a younger woman they had a brief relationship, after which she gave birth to his child. She was socially ostracised as a result. Meanwhile, the police confront the masked killer at a victim’s house, and barely escape alive, as the journalist forms a friendship with Devereux’s sister Alice. She offers him sex, in return for a salacious exposé of Elspeth and her previous association with the police. When this is published, Elspeth again becomes a pariah.

As the detectives despair of finding the killer, the hangman’s assistant hands himself in at the police station and confesses to being the perpetrator, claiming that prison staff sexually abused him. Although neither policeman believes his guilt, especially after the assistant is himself murdered on remand, their superior orders that the case be closed. The reporter, who has been humiliated by Alice and fired from his job, continues to follow the story, and realises that the true killer remains at large. He is summoned to Oxford to meet ‘Clytemnestra’, and Alice appears. After an altercation, she kills him, and is arrested.

At the police station, on the day of the World Cup Final, Alice seems unusually calm during questioning. It is revealed that her apprehension was a trap. Wilmot attacks the virtually empty building, announcing that he is the main perpetrator of the crimes, aided by Alice, and the true ‘Clytemnestra’; his intention was to avenge his lover, Devereux. He instigates a game of Russian roulette, killing Wirral and Alice, but lets a wounded Cooper live. He then confronts Elspeth, who he primarily blames for Devereux’s execution, in her home. He knocks her unconscious and prepares to hang her in a murder-suicide, but she stabs him in self-defence shortly before the police arrive.

Cooper and Elspeth meet again in hospital, and he tells her that Wilmot’s actions have been covered up to avoid an embarrassing scandal. Cooper realises that the true killer of Devereux’s father was his and Elspeth’s illegitimate son, taking revenge for his mother’s mistreatment. He remains at large. 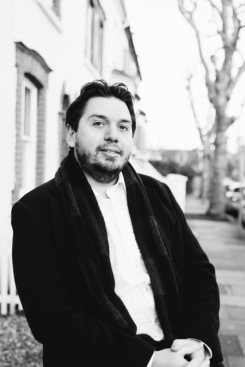 Alexander Larman is an author and journalist. His most recent book, The Crown in Crisis (Weidenfeld & Nicolson, 2020) is a revelatory history of the abdication saga, using new and previously unknown material to tell the thrilling untold story of the political and legal machinations that led to Edward VIII’s renunciation of the throne. His previous books include Byron’s Women (Head of Zeus, 2016), an ‘anti-biography’ of the famous poet that focused on nine of the key women in his life, Restoration (Head of Zeus, 2016), a social and narrative history of the year 1...
More about Alexander Larman