'Passion and Power: The lives and loves of Ann Fleming and Laura, Duchess of Marlborough
Amy Ripley

Ann and Laura Charteris were two spirited aristocratic sisters who enjoyed a gilded life, collecting husbands, friends and adventures as they swept through life.  However, behind this glittering façade were two complex women who enjoyed an extraordinary view of twentieth century society and who, despite their wealth and privilege, were not insulated from tragedy, grief and heartbreak.

Born just as Edwardian England was gently fading away, their lives touched the giddy society whirl of the 1930s; the horrors of World Wars I and II, the post-war austerity and hopeful rebirth of the 1950s, followed by the cultural and social revolution of the 1960s and the bleak political and economic climate of the 1970s.

Ann Fleming was perhaps the last of the great society hostesses.  An intelligent, striking and formidable woman, she drew some of the most celebrated political and artistic figures of the twentieth century into her orbit.  She is best known for her passionate, tempestuous marriage to the author Ian Fleming, who was the great love of her life.  She was also married to Lord Rothermere, owner of the Daily Mail, and had a long affair with the Labour Opposition Leader Hugh Gaitskell.

Her sister Laura, Duchess of Marlborough, was a woman whose determination to live life on her own terms at times scandalised society.  She was married four times: the first to the second Viscount Long, next to the third Earl of Dudley, then to the publisher Michael Temple Canfield – former husband of Lee Radziwill and rumoured to be the illegitimate son of Prince George, Duke of Kent – and, finally, to the tenth Duke of Marlborough.  Her life was more than just parties and love affairs though – she was a nurse during World War II, had a brief but successful show jumping career, worked for Christian Dior and ran her own chain of couture shops.

These brave, adventurous women deserve to have their own story told – equal to those of the powerful men who moved in, and out, of their lives. 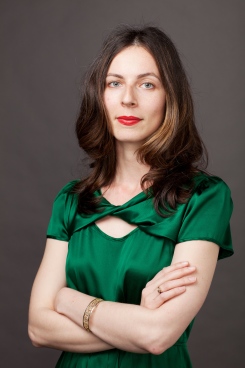 Amy Ripley is an experienced London-based journalist, with strong research, interviewing and writing skills.  She holds a BA (Hons) in English Literature and Philosophy and trained as a journalist at the University of Technology Sydney. She has worked mostly as a freelance feature writer for the Sydney Morning Herald and is currently one of the Herald’s contributing obituary writers; researching, interviewing and writing obituaries of Australian public figures from the fields of science, medicine, publishing, law, business, the military and the arts.  In the UK, her work ha...
More about Amy Ripley