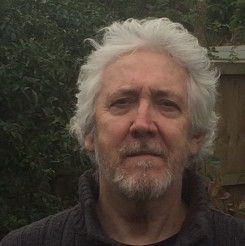 David Bartley was born in Islington in 1957. He studied English Literature at Cambridge University and then worked in television as a writer, producer and director. Presenters he collaborated with include Alan Bennett, John Eliot Gardiner, Howard Goodall, Ian Hislop, Suzy Klein and Antonio Pappano. He also made a number of documentary series without presenters. He has written articles for several national newspapers. His previous two books were on the subjects of British canals and marine biology and travel. He lives in London.