It’s a dark night on Bradford's notorious Lumb Lane, not a place any 15-year-old should be hanging around. But Hannah is there, in her school skirt and mother’s knee-high boots, selling herself to anyone who will pay.

At the age of six, Hannah’s life at home in Yorkshire is not a happy one. She suffers sexual abuse and rape at the hands of her half-brother, as well as emotional abuse by her Munchausen syndrome suffering mother.

During her teens, Hannah watches the 90s ITV drama Band of Gold and it gives her the idea to swap her horrors at home for the more appealing world of prostitution.

On the street, Hannah becomes ‘Emma’ and here she starts her new life. She picks up punters with ease and makes more money than she ever dreamed possible. But as she delves deeper into the seedy world, she faces alcohol and drug addiction, stints in lap-dancing clubs and brothels, a marriage to a violent drug dealer and even a brief spell in prison.

Trapped and with no one to turn to, Hannah attempts to take her own life several times. But a surprising encounter with English rock legend Ronnie Wood flicks a switch in Hannah and she leaves the sex industry for good.

Now Hannah is no longer broken but is a happily married mother-of-one. Broken in two is her shocking and honest account that reveals her darkest moments in a fight to secure a life worth living. 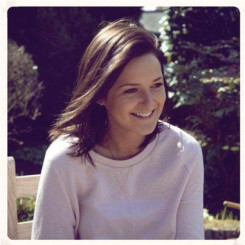 Julia Sidwell’s journalism career spans 14 years and includes seven years working on Britain’s best-selling women’s weekly magazine, Take a Break.   After working as Features Editor there, Julia left in 2015 to start her own business, Tell & Sell Stories, a media agency specialising in sourcing real-life stories, getting top publication deals for the people involved, and writing and editing copy to the highest of standards for the national press.   The real-life stories she writes are published in the national press on a daily basis, including t...
More about Julia Sidwell, 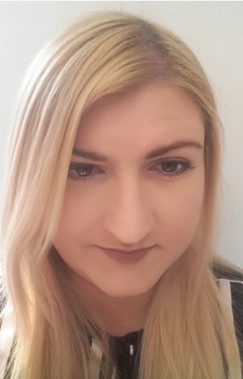 Hannah Wright is 39 and lives in Dublin. She wants to share her story to help other women who may be trapped in the sex industry, and to reveal how a childhood of family abuse led her to make the dangerous decisions she made. She wants to use a pseudonym to protect her family.   Broken in two is a story of despair, hope, addiction, abuse and in the end, happiness. Her book will connect to others who have found themselves in a similar situation – with those who have experienced abuse, prostitution and drug or alcohol addiction.   Hannah’s strength and courage shines...
More about Hannah Wright