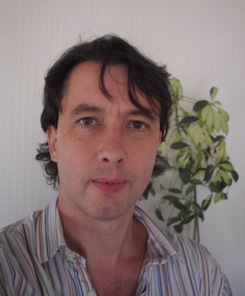 Hugh Barker has been a bookseller, musician, fruit picker, barman, publisher and writer, amongst other things. He is the author of Radio 4 Book of the Week Hedge Britannia: The Curious History of a British Obsession (Bloomsbury 2012) and co-wrote Faking It: The Quest for Authenticity in Popular Music (W.W.Norton and Faber & Faber, 2007) with Yuval Taylor of Chicago Review Press.

His writing has also appeared in several anthologies, including The Little Black Book: Music (Cassell, 2007), 1000 Songs to Change Your Life (Time Out, 2008) and Philosophical Classics (Barnes and Noble, 2009).

He is currently working on Gigantic: A Curious History of Man and Elephant for publication in 2013.

He lives in North London with his wife, daughter and too many cats.