Set in the nineties in North West England, this autobiographical account follows Maddy’s troubled journey from a sheltered, fanatical upbringing where most days are spent in church through to hell in the form of social services care homes. From confessional booth to court room, ‘Expelled from Grace’ is a story of self-destruction and survival of the care system, which culminates in the abuse of alcohol, solvents, soft drugs and rebellion against all who stand in authority.

Musically gifted, model pupil Maddy is considered so spiritually intellectual by priests that she makes her First Holy Communion at the age of four. Her ambition is to be a nun, something which will ensure God’s love and that of her parents forever but catholic discipline in the form of old-fashioned, corporal punishment and daily prayer rituals combined with severe street bullying and a challenging adolescence trigger a fierce mutiny within Maddy. This leads to her religiously obsessed mother taking her to the local priest, convinced Maddy is possessed by the devil.

Her violent episodes against her parents become more frequent and at the age of twelve she is placed into voluntary care. Maddy has no choice but to fit in with the other teenagers she is housed with and begins truanting, shoplifting, drug experimentation and causing mini riots. Her uncontrollable temper and disruptive behaviour ensure she is thrown out of every home and school she is placed in. She is moved around the care system, narrowly escaping much of the abuse now known to be common place in care homes of that era.

After three years in care, comprising several different placements and numerous appearances in juvenile court, she is discharged and put out to live on her own, despite having displayed problematic addictive behaviour and an obvious inability to take care of herself. 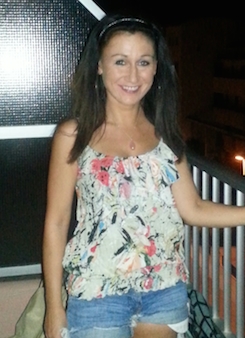 Born into a religious family on the Wirral, near Liverpool, private convent school pupil Maddy was placed into voluntary care at the age of twelve. She lived in numerous children’s homes before being discharged at sixteen and rapidly falling into a depraved world of drug dependency and abusive men. After recovering from her addictions, Maddy went onto qualify in various holistic therapies and counselling, eventually working with people suffering from substance abuse and women who had been victims of domestic violence. Maddy began writing poetry while still caught within the thralls...
More about Maddy McGuire