The Irish President is leading a delegation to meet the Pope. The pontiff insists on greeting her husband before her, and asks him, “Wouldn’t you prefer to be President of Ireland rather than married to the President of Ireland?". When the Chair of the Federal Reserve was a junior professor at Harvard, the other academics wouldn’t collaborate with her because she was female. Donald Trump’s Transportation Secretary claims it wasn’t until she was nearly 50 that she was listened to as much as her male colleagues. A future Danish Prime Minister keeps getting mistaken for a secretary. The Director of Tate Modern says her views are completely ignored unless people know what job she does.

These anecdotes (and there are many more) come from 50 interviews I have conducted with women right at the top of their game for Listen Up. If Mary McAleese, Janet Yellen, Elaine Chao, Helle Thorning-Schmidt and Frances Morris have found it difficult to be taken as seriously as men, what hope is there for the rest of womankind? All these senior women have experienced the phenomenon of being disrespected, having their views ignored, and being patronised and underestimated, simply for being female.

This is such a widespread – and infuriating – phenomenon that it’s worth examining. We assume a man knows what he’s talking about until he proves otherwise. For women it’s still the other way round. Although girls do better academically than boys, and women are clearly as competent and intelligent as men, we (and this includes women as well as men) don’t respect their authority as much. And when they do have authority, we often feel uncomfortable with it. Why?

Listen Up will draw together all the academic research on authority and include original research specially commissioned for the book. It will investigate what we can do to correct for this bias, with action points at the end of each chapter, and conclude that we can all win – men as well as women – from taking women more seriously. Men will have a better culture at work, closer friendships, and better relationships (including more and better sex!). Unlike most books about women, this is aimed at male as well as female readers. 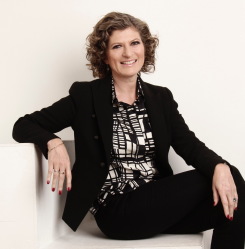 Mary Ann Sieghart has spent her life as a journalist, a broadcaster and much more besides. She was at The Times for nearly 20 years, writing columns and leaders, running the Comment and Arts pages, and occasionally being let loose on editing the whole paper on Sundays. She has also worked for the FT, The Economist and The Independent, mainly writing about politics. She’s quite grateful no longer to have to deliver a weekly political column, as pundits are supposed to be able to predict what happens next…   Mary Ann has a sideline as a broadcaster. She has been a pre...
More about Mary Ann Sieghart