Founded in Paris by royal decree in 1831, the French Foreign Legion is an army unlike any other. A rigid, old-fashioned code of discipline and conduct has long been surrounded by acts of heroism, sacrifice, and sentiment resulting in a camaraderie, pride, and sense of history matched in no other modern army. Today’s Legion, based in France and strategically positioned overseas, is an elite core of 7,200 volunteers within the French Army. The Legion selects only one in eight candidates (men only) who come from France and 150 other countries and serve as France’s primary military strike force. Yet the Legion is much more. It is a legendary army steeped in a rich warrior tradition of honor and loyalty; a place where its own lore and symbolism can reach mythic proportions – a timeless experience providing fertile ground for both doers and dreamers.

Against this colorful and unique backdrop we hear a variety of tales from the 1980s to early 2000s as told by fifteen legionnaires (plus two future Legion wives), representing seven nationalities. The soldiers interviewed are a true Legion cross-section: deserters, lifers, and everyone in between. Interview topics include: basic training, life at the regiment, and tours overseas. Also presented and discussed: why men join, why they stay or go, and how any amount of Legion service changes a man.

Many books tell one version of the Legion experience – often biased – but this book gives voice to many stories. The careful reader might then be able to unravel the mystery and aura that surround the French Foreign Legion and understand how this tough and traditional army still stirs the imagination. 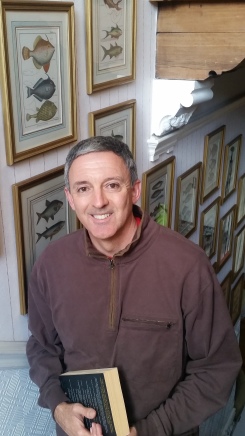 Nicholas Valldejuli was  born in  Birkenhead , England in 1960 and raised in Briarcliff Manor, New York. He was educated at Hackley School in Tarrytown, New York and studied political science at Kenyon College in Ohio and Lund University in Sweden. He served in the French Foreign Legion from 1986-1988 (honorably discharged). He has traveled extensively and  lived in ten countries, mostly teaching English or history in international schools. He currently lives in Shanghai and teaches Western history at a Chinese boarding school.
More about Nicholas Valldejuli