Bankers are not all smart. ‘Stupid Bankers’ features the worst disasters in banking ever and the people who made them. This is a book where banking meets biography meets history meets disaster in thirteen compelling tales.

Paul Kilduff, a HSBC, Merrill Lynch and Citibank banker and financial thriller author, reveals the blunders of these spectacularly unsuccessful bankers, and analyses what went wrong and the lessons learned.

Never in the field of global banking has so much been lost by so few stupid bankers. 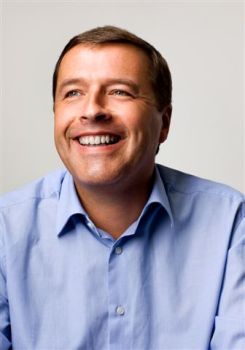 Born in Dublin, Paul Kilduff graduated from University College Dublin and later qualified as a Chartered Accountant. He spent six years working with international banks in the City of London and returned to live and work in Dublin. He has written four financial thrillers. Square Mile was published in 1999, The Dealer in 2000, The Frontrunner in 2001 and The Headhunter in 2003. They were published by Hodder & Stoughton in London and by Muelenhoff in The Netherlands. He has written three non-fiction travel books. Ruinair was published in Ireland by Gill & Macmillan in 2008 and was pub...
More about Paul Kilduff