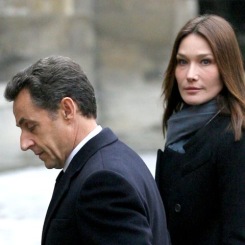 Sarko and Carla: The Fall is the inside story of how the gilded life of President Nicolas Sarkozy and First Lady Carla Bruni – the most famous power couple in France – descended into allegations of sleaze and criminality and the prospect of multiple prison sentences.

When Sarkozy, the pugnacious conservative politician backed by his country’s multi-billionaire business class, came to power he had styled himself as a Gallic JFK.

His Jackie Kennedy was Bruni – the former supermodel turned pop singer and then Sarkozy’s third wife.

Together, two titans of the political and showbiz worlds projected an image of impossibly glamorous excess as they embraced the values of American razmataz over the traditionally stuffy grandeur of the Paris establishment.

The fantasy came crashing down within days of Sarkozy losing his presidential immunity from prosecution, however.

The couple’s home was raided by the fraud squad after just one-term in office, and then years of forensic investigation saw Sarkozy become the first president in the history of France to be tried for crimes committed while in office.

Drawing on previously unseen evidence related to multiple indictments against Sarkozy, and unpublished interviews with key witnesses, Paris-based journalists Peter Allen and Nabila Ramdani reveal details of the lavish luxury Sarkozy enjoyed with Bruni, and how he used all the tools of the French state to cover up personal gain, and to deal with perceived enemies.

Research extends from Paris and London to the Middle East and North Africa, where Nabila Ramdani has interviewed former Sarkozy allies including Gaddafi and his son and heir, Saif Al-Islam, as well as contacts of Ziad Takieddine, the international arms dealer said to have received €350million in secret commissions from the Sarkozy entourage.

Written as a human drama rather than as a conventional political biography, Sarko and Carla: The Fall will appeal to everybody who is enthralled by the nature of power in the celebrity age. 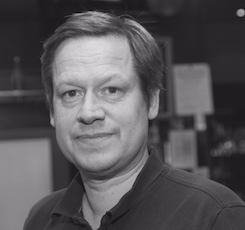 Peter Allen is a journalist and author based in central Paris. Educated at Bristol University, and as a postgraduate at London University, he worked on the staff of a number of national newspapers in Britain, as a reporter, news editor and parliamentary lobby correspondent, before moving to France full time in 2005. He now writes news stories, features and comment pieces for a range of media, from the Daily Mail and London Evening Standard to the Daily Telegraph and Sunday Times.
More about Peter Allen,

Nabila Ramdani is a French-Algerian journalist and broadcaster who started her career in the BBC Paris bureau, covering the 2007 presidential election which swept Nicolas Sarkozy to power. Born in the French capital, Nabila is a graduate of the Paris VII University and the London School of Economics. An early career as an academic saw her teaching at Jesus College, Oxford University, and the University of Michigan in America. A highly prolific commentator for outlets ranging from the Independent, Guardian and Washington Post, to the BBC, Sky News and Al Jazeera, Nab...
More about Nabila Ramdani