In My Grandfather’s Shadow: A lost story of war, trauma and the legacy of silence
Angela Findlay 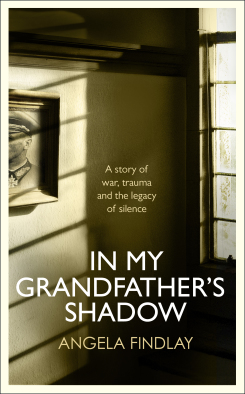 Something is wrong with Angela. But nothing in her idyllic Anglo-German childhood offers any clue as to what. Plagued by guilt and a sense of her own badness, she becomes fixated on finding ways to atone. A career as an artist in prisons brings her closer to understanding guilt. But what is her crime? And could her German grandfather, the WW2 Wehrmacht general staring out from a photograph on her mother’s desk, have something to do with her recurring nightmares and depressions?

In My Grandfather’s Shadow charts the journey Angela makes to discover the truth about her German roots. Using the memories, letters and memoirs of three generations of her own family as a scaffold on which to hang the bigger picture of Germany’s war story, Angela uncovers the ‘history of the losers’. Her grandfather’s prominent military role on the Eastern Front and subsequent fall from hero to war criminal awaiting trial for Nazi war crimes lends credence to the reality of inherited guilt. And new research from Germany reveals the full impact Nazi indoctrination and the terror of war had on German children such as her mother, whose flight from the Soviets had resulted in unidentified trauma. Gradually she comes to understand how transgenerational transference and epigenetic inheritance of both trauma and guilt have shaped not only her life, but that of millions of second and third generation Germans whose family stories had been shrouded in silence and shame for decades.

In My Grandfather’s Shadow has many dimensions. Angela’s cross-disciplinary approach uses her artist’s eye, psychology studies and prison teaching career to examine themes of mental health, trauma, alternative medicine, art, criminality, war, military duty, punishment vs. rehabilitation, remembrance and forgiveness. By embodying both British and German national psyches, she has an advantage over other authors – British and German – of being able to approach the material from both perspectives and offer fresh views one of the most discussed periods of history. In today’s climate of political upheaval and the worrying re-emergence of anti-Semitism and the far right, In my Grandfather’s Shadow is not only topical, but also addresses the urgency for deeper understanding. Ultimately itis a book about learning to love, heal, forgive and reconcile, even when that seems impossible or wrong. 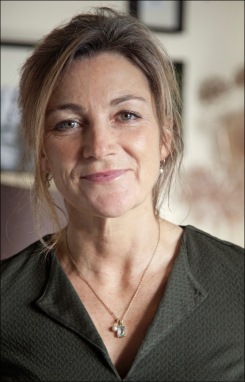 Angela Findlay is an artist, writer and accredited lecturer. Her long career of teaching art in prisons and Young Offender Institutions in Germany and England gave her many insights into the nature of guilt and the huge impact the arts can have in terms of rehabilitation. As Arts Coordinator to the leading prison arts charity, Koestler Arts, she founded the Learning to Learn through the Arts Scheme to encourage prisoners into education through dynamic arts projects. In 2016 she was invited by the Ministry of Justice to advise on their new rehabilitation and education policies.   Ange...
More about Angela Findlay