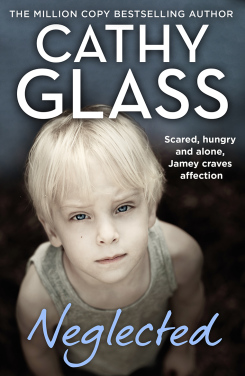 Neglected tells the story of Jamey, two-and-a-half years old, and suffering from severe neglect. The police remove Jamey from home and take him to foster carer, Cathy. But as Jamey settles into Cathy’s home a new threat emerges and coronavirus changes everything. The book is 80,000 words long and will be ready for submission in September. It is narrated by the author and is her 26th fostering memoir and 41st book.

Jamey arrives at Cathy’s as an emergency two days before Christmas, having been left alone all night while his drug and alcohol dependent mother went out partying. Jamey is scared, small for his age, and unsteady on his feet, more like a baby, a result of being left for long periods in his cot which his mother used as a cage. When Cathy changes Jamey’s nappy she finds his bottom is red raw from being left in soiled nappies.

Jamey is quiet and withdrawn, he only knows a few words, far less than the average child his age. He is obedient, compliant, and grateful for anything. He never cries, sulks, or has tantrums like a two-year-old might, having learnt that his cries are never answered or his needs met. Neglect affects emotional and intellectual development as well as physical

Cathy meets Jamey’s mother and she is angry, agitated, and emaciated, and looks much older than her age -  a result of years of substance misuse. Despite losing her only child into care she seems unable to change. Lacey, Jamey’s aunt, is also angry as she wanted Jamey to live with her. But there are questions about her past, and the social services need to assess her suitability to parent Jamey long term.

Slowly, with patience, love, care and understanding Jamey learns to trust Cathy and her adult daughter, Paula, the only one of Cathy’s children still living at home. Cathy also looks after her granddaughter, Emma, one day a week and although she is a year younger than Jamey she is more advanced, highlighting the damage neglect has done to Jamey in his early years.

Juxtaposed with Jamey’s story is the advance of Covid-19. When the country goes into lockdown many fostering practices change; meetings, visits and contact take place online which brings more problems. Referrals to the social services soar and Cathy accepts two more children short term. It isn’t until restrictions are lifted that Lacey’s assessment can be completed and the judge decides that Jamey can go to live with her where we know he will continue to thrive and be happy.