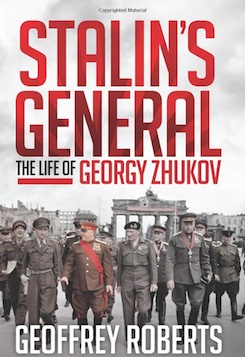 A man of indomitable will and fierce determination to succeed, Zhukov was the Soviet Union’s indispensable commander through every one of the critical turning points of World War II. It was Zhukov who saved Leningrad from capture by the Wehrmacht in September of 1941; Zhukov who led the defense of Moscow in October of 1941; and Zhukov who spearheaded the Red Army’s march on Berlin and formally accepted Germany’s unconditional surrender in the spring of 1945. Drawing on the latest research from recently opened Soviet archives, including the uncensored versions of Zhukov’s own memoirs, Roberts offers us a penetrating, evenhanded portrait of a man whose tactical brilliance was matched only by the cold-blooded ruthlessness with which he pursued his battlefield objectives.

After the war, Zhukov was a key player on the geopolitical scene. As Defense Minister, he was one of the architects of Soviet military strategy during the Cold War. While lauded in the West as a folk hero—he was the only Soviet general ever to appear on the cover of Time magazine—Zhukov repeatedly ran afoul of the Communist political authorities. Wrongfully accused of disloyalty, he was twice banished and erased from history— left out of books and paintings depicting Soviet World War II victories. Roberts traces the origin of each of these intrigues, often rooted in personality clashes or rivalries with fellow generals, and assesses the toll they took on Zhukov the man. Piercing through the hyperbole of the Zhukov personality cult, he debunks many of the myths that have sprung up around Zhukov’s life and career to deliver fresh insights into the marshal’s relationships with Stalin, Khrushchev, and Eisenhower.

A remarkably intimate biography of a man whose life was lived behind an Iron Curtain of official secrecy, Stalin’s General is a full, fair, and authoritative biography that restores Zhukov to his rightful place in the twentieth-century military pantheon. 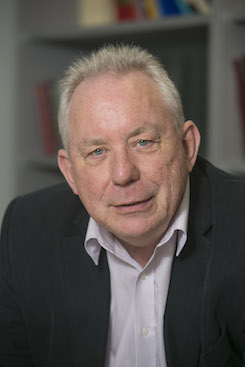 Geoffrey Roberts is Emeritus Professor of History at University College Cork and a Member of the Royal Irish Academy. A leading Soviet history expert, his many books include an award-winning biography of Zhukov, Stalin’s General and the acclaimed Stalin’s Wars:From World to Cold War.
More about Geoffrey Roberts