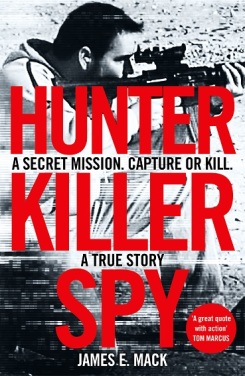 Hunter. Killer. Spy is James’ latest book and gives a rare insight into the world of covert operations from one of its most experienced operators. For the first time, the work of a secret military unit recruited to penetrate terrorist organisations is brought to light; from the selection and training of the men and women who will go on to become spies in the toughest conflict zones around the world, to their operations and activities in Northern Ireland, Iraq and Afghanistan. Drawing on his own unique experiences, James takes the reader to the heart of the action, from how he recruited and ran agents within terrorist organisations to operating undercover himself in order to penetrate terrorist groups. Hunter. Killer. Spy is the first book that details how agents are identified and recruited to operate against terrorists and the dangers and problems during these operations.

As part of the infamous Task Force Black, the undeclared Special Forces mission in Iraq, James worked closely with the SAS, US Special Forces, and MI6 in hunting down and capturing or killing the lead Al Qaeda insurgents responsible for the wave of atrocities crippling Baghdad. In Afghanistan, James operated alongside the CIA and FBI on Hostage Rescue operations as well as UK and US Special Forces to take down terrorist targets.

James is unflinching in his portrayal of the stresses and strains of the shadow world that he and his colleagues navigated, and the prices that they paid. From psychological breakdowns to conflict addiction and the deaths of close friends and colleagues, James brings to light the heavy toll paid for these clandestine missions.

Having survived suicide bombers, double-agents, and kidnap attempts during his operations, James takes the reader to the heart of the world of hands-on intelligence gathering in war zones. Hunter. Killer. Spy is the first book written about the realities of spying at the tactical level where operating behind enemy lines is the norm rather than the exception for this elite military unit. 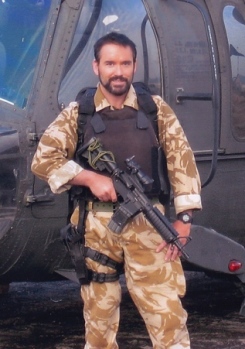 James E Mack originally grew up in a tough housing estate in the west of Scotland before emigrating to Australia with his family as a boy. The contrast could not have been any more different; from the concrete jungle of a violent Scottish housing scheme to the untouched outback of the Australian bush. The young James E Mack embraced this new world, gaining a passion for nature and adventure as he explored the incredible Australian wilderness on his doorstep with little more than a knife and a water bottle to sustain him. Climbing rock faces, tracking animals, learning the plants and food he...
More about James Mack