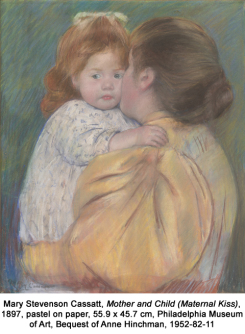 On 15 April 1874, a sensational exhibition sparked outrage in Paris. Thirty artists branding themselves the Indépendantes had allied against the capital’s official art show, the Paris Salon. With their loosely painted ‘impressions’ of modern life, their canvases flouted the conservative standards enforced by the Académie des Beaux-Arts. To crown it all, there was ‘also a woman in the group’. The exhibition shocked the public, provoked the critics and dominated Parisian conversation that spring. It also changed history.

Nearly 150 years later, the Impressionists still hold audiences enthralled. And although the male Impressionists have dominated the cultural scene, the women remain a source of particular curiosity – for in espousing Impressionism, their behaviour was doubly controversial. Not only did it subvert 19th-century artistic conventions; it set them at odds with everything a woman was supposed to be.

Now, for the first time  The Women Impressionists gives these painters a voice. It offers an unprecedented group portrait of the four most prominent female Impressionists: Berthe Morisot, Mary Cassatt, Eva Gonzalès and Marie Bracquemond.

Chronicling the lives and loves of this revolutionary quartet, The Women Impressionists traces the women’s journeys in the male-dominated 19th-century Paris art world. From the prejudice they faced to the repercussions of pursuing a career at a time when ‘nice girls’ were expected solely to keep house and reproduce – the book offers a revelatory perspective on Impressionism.

Founded on rigorous research, The Women Impressionists interweaves these four, interconnecting stories . Morisot, Cassatt, Gonzalès and Bracquemond were far more than just women painters; together, they emerge as powerful feminine icons and a dynamic force behind Impressionism.