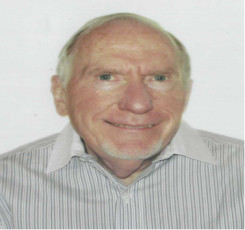 Gerald Strober was born in Brooklyn, NY. He received a B.A. in history from Gordon College and an M.A. in  Jewish Studies from New York University where he was a National Defense Fellow.

Gerald served on the national interreligious affairs staff of the American Jewish Committee, authored Religion and the New Majority (with Lowell Streiker) and American Jews: Community in Crisis and was active in the presidential primary campaigns of senators Robert Kennedy and Henry Jackson.

In 1989, the Strobers began a writing partnership resulting in in oral histories, oral biographies and narrative non-fiction. Their books include oral histories of the Kennedy, Nixon and Reagan presidencies, as well as oral biographies of Queen Elizabeth II, Billy Graham, the Dalai Lama and Rudolph Giuliani. Tapes and transcripts from these books are housed in the Gerald and Deborah Strober Oral History Collection at the Library of Congress. Their book on Bernrd L. Madoff, the first to be published on that major financial scandal,was designated by the Washington Post as its Business Book of the Month for May 2009. Two years later, the Strobers would ghost the New York Times bestselling autobiography of presidential candidate, Herman Cain.