MI9: The History of Escape and Evasion in Europe in the Second World War.
Helen Fry

An updated, comprehensive history of MI9 in Europe - the branch of military intelligence responsible for the escape and evasion of captured Allied pilots and soldiers, and closely linked to MI6 and SOE. During the Second World War, a number of clandestine escape lines were established that zig-zagged across Europe in dangerous Nazi-occupied terrain, aided by local helpers who risked their own lives and those of their families to help the Allies. If betrayed, the consequences were torture and death. Ignoring the dangers, the helpers enabled thousands of Allied POWs to cross Europe, supported by MI9, back to the safety of Britain or neutral countries. Some were betrayed and paid the ultimate price. Escape lines ran from Normandy to Cornwall, over mountainous terrain in Switzerland, across the Pyrenees to Lisbon and Madrid, or from Brussels and Paris to Marseilles, across Italy (headquartered at the Vatican), and Gibraltar.

MI9 taps into new stories and declassified files, including new discoveries about the organisation's training at Intelligence School 9 (IS9), the ingenious gadgets created by MI9's quirky boffins (MI9's own "James Bond"), all linked to Camp X in Canada, and MIS-X (the American equivalent of MI9). Central to the story are key MI9 figures, like Airey Neave, Jimmy Langley, Sam Derry, Ian Fleming, Peter Baker and numerous women, including Eva Seligsman and Andrée de Jongh.

At the end of the war, MI9 promised to track down every helper in Europe and paid out the equivalent of millions of pounds in compensation through the Allied Screening Commission - an organisation that has received little attention over the years. But the intelligence services now faced a new threat as Europe plunged into the Cold War. Stay-behind units were hidden across Europe in the event of a need for escape and evasion once again. And meanwhile, key figures within MI9, on the authorisation of Churchill, established the Territorial SAS as it sought to adapt to the very real threats posed in the Cold War. How far were those escape lines used by spies and diplomats is also explored in this exciting, colourful new book. 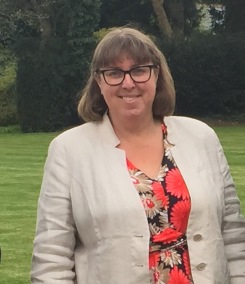 Helen Fry was raised in North Devon and went on to graduate from the University of Exeter with a degree and Ph.D. She has written numerous books on the Second World War with particular reference to the 10,000 Germans and Austrians who fought for Britain. Her highly acclaimed book The King’s Most Loyal Enemy Aliens: Germans who Fought for Britain in the Second World War received international media coverage. The book is now out in paperback as Churchill’s Secret Soldiers. Helen has worked closely with war veterans with whom she has built up a special rela...
More about Helen Fry