As a child, Monica Allan’s mother tried to kill her – twice. Taken into foster care, where she was supposed to be safe, Monica faced horrific abuse. But she survived it all, and went on to win a ground-breaking battle in the supreme courts.

Monica’s legal victory for abused children set a precedent and has opened the floodgates for others to claim in her wake. Thanks to her 12-year legal fight, other victims now have hope.

In her memoir, Monica, 54, tells the story of her childhood, when her mother, Betty, forced her head under running bathroom taps and tried to strangle her. She had previously tried to kill Monica as a baby.

Monica was then taken into foster care, where her new parents ran a brutal regime. To the outside world, the family was devoutly religious and respectable, but behind closed doors, Monica was physically and sexually abused.

Failed by a second mother figure, she moved into her own home aged 18 and went on to have four children. Monica dearly loved her children but battled constantly with the demons from her past.

She carried her dark secrets around with her for 40 years until in 2010, haunted by her trauma, she finally decided to seek justice. She was told she could not seek compensation because of the ‘same roof’ rule, meaning victims who lived with their attackers up to 1979 were ineligible for pay-outs.

For the past 12 years Monica has been fighting her case through the Supreme Courts and was recently awarded compensation from CICA in respect of the sexual abuse she suffered in foster care. 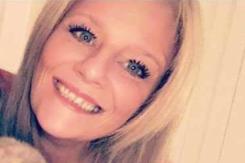 Monica Allan is a 54-year-old mother and grandmother. Monica carried the darkest of secrets around with her for most of her life. When, 12 years ago, she decided to seek compensation, she was repeatedly stonewalled. Now, thanks to her determination, hundreds of other victims of abuse will benefit retrospectively from a change in the law. Monica lives in Glasgow, she is single, and spends her time looking after her family.
More about Monica Allan, 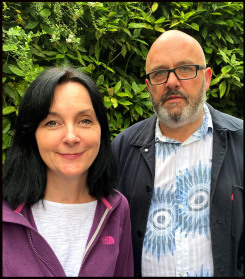 Lockdown has proven to be a renaissance for bestselling authors, Ann & Joe Cusack; in 2021 the married couple have written and published two ghost written memoirs and produced two terrestrial TV documentaries. They currently have five memoirs on the market.   Their relentless pursuit to find and develop original stories has continued through their day to day grass roots work, seeking out and providing content for numerous national newspapers and weekly magazines.   For over twenty years, Ann & Joe have remained on the outside of the corporate media, looking in. Their m...
More about Ann & Joe Cusack