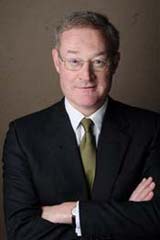 Adrian Clark attended King Edward VI Grammar School Retford, Nottinghamshire and then read History at Peterhouse, Cambridge, going up in 1976.  At the time, Peterhouse was full of historians and the influential Maurice Cowling was a senior fellow.  After a career in the City as a corporate lawyer, Adrian returned to History, with his first book published in June 2010 called British and Irish Art 1945-1951. From War to Festival.  This was a mildly controversial attempt to analyse the British and Irish art worlds during those years in great detail to seek an understanding of how the process worked whereby artists transmuted oil on canvas into money and fame, or not.

Adrian has for many years contributed reviews and articles to Robin Simon's British Art Journal and was commissioned by the Royal Academy to write a report on the RA's experience of the Second World War.