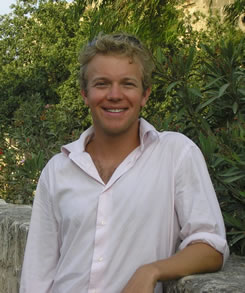 Alex Warren is a director of Frontier, a Middle East and North Africa consultancy firm. After studying languages at Cambridge, he worked for a specialist publisher focussing on historical relations between Europe and the Arab world before in 2005 moving to Tunisia, where he researched and edited an annual political and economic review of the country. Working as a business journalist and editor in Lebanon during the tumultuous 2005-6 period, and then based in Dubai at the height of the emirate’s boom in 2007-8, Alex reported on and researched topics as diverse as Yemen’s economic reforms, the liberalisation of Syria’s banking sector, Lebanon’s wine industry, and Saudi family businesses.  He also worked as a consultant on business research projects ranging from tourism developments in southern Morocco, water infrastructure in Kuwait, real estate investment in Sana’a and an analysis of Gulf sovereign wealth funds.  Alex has contributed to the Economist Intelligence Unit, Euromonitor and Oxford Analytica, as well as writing articles on the region for Euromoney, the Guardian and  Foreign Policy, among others.

Alex co-founded Frontier in 2008 and has since specialised in Libya, travelling the length and breadth of the country and gaining a rare insight into the final years of the Gaddafi regime. He has also worked extensively in Syria, and in February 2011 was in Damascus on the eve of the uprising against Bashar al-Assad. Later that year he was in Bahrain as GCC troops arrived in March, saw Tunisians prepare for their first free and fair elections in the autumn, and worked in post-revolution Tripoli to assess the aftermath of the Libyan revolution.

A friend who was already working on a book with Andrew suggested that I get in touch. Andrew has provided some extremely useful guidance in shaping my proposal, resulting in a much-improved end product, and is refreshingly prompt at giving feedback and answering questions.