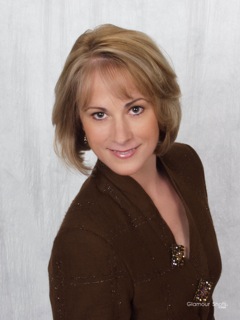 Anne Kazel-Wilcox has 20-plus years of writing and journalism experience. She’s roamed the world writing travel articles for over a decade having authored nearly 100 features published in outlets such as the Los Angeles Times, Chicago Tribune, Baltimore Sun and Miami Herald. She’s covered spice markets in Morocco, tracked jaguars in Costa Rica, partaken in “extreme driving” adventures in Canada, and infiltrated Stalin’s hidden bunker in Moscow, among other exotic adventures about which she’s written.

Her passion in recent years, however, is teaming with her husband, PJ Wilcox, to write on the military genre including special operations.

In her previous life, Kazel-Wilcox ran a corporate public relations firm for many years, which included serving as a press spokesperson as well as spearheading publicity campaigns for companies that included Fortune 500 corporations. Over the years, she has also been a frequent public speaker.

I originally honed in on Andrew Lownie since he’s keen on the military genre but at the time, my book wasn't the right fit. However, he referred me to Creative Artists Agency in Hollywood for one of my projects, which opened very significant doors for me. That eventually resulted in me circling back to Andrew once I had the “right” project. His strong encouragement and guidance has been key in my producing the most compelling – and marketable – book possible.