The Lenin Plot: the unknown story of America's war against Russia.
Barnes Carr 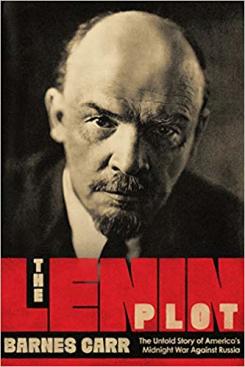 This narrative history tells the strange but true story of how America and the Western Allies invaded Russia, fought a war against the Red Army, and tried to mount a coup d’état in Moscow and assassinate Soviet dictator Vladimir Ilych Lenin. They then intended to install their own Allied-friendly dictator.

The plotting began after the Bolshevik coup in October 1917. Despite President Wilson’s public posture against interfering in the affairs of other nations, he and Secretary of State Robert Lansing decided to hire a Cossack army and depose Lenin. Paris and London were going to launder U.S. funds for the plot, a scheme Lansing admitted was probably illegal.

The Cossacks and Bolsheviks were mortal enemies so it’s more than possible that Lenin would be summarily shot, especially since the Bolsheviks were doing the same thing, murdering political enemies without trial. The Western nations had not declared war against Russia, so this operation against Lenin could have made them party to a murder conspiracy and international terrorism. But a suitable dictator could not be found in 1917, and the Lenin Plot segued into the new year.

In 1918 the Lenin Plot had two arms—political, and military. Politically, the plan at first was to simply arrest Lenin and try him for treason in England. But again it turned into an assassination plot. British agent Sidney Reilly was behind that. So was Boris Savinkov, a Socialist Revolutionary terrorist hired by the Allies.

The military wing of the plot involved hiring the Czech Legion and Savinkov’s underground army to fight the Red Army and support the Western coup. Attempts were also made to recruit a Latvian force stranded in Russia. Then, contrary to later denials by some politicians, America and her Western partners invaded Russia to support the Allied coup. At one point the U.S. ambassador to Russia requested 100,000 troops to take Petrograd and Moscow.

But in the summer of 1918 the Lenin Plot turned out to be a sting operation engineered by the Cheka and Lenin himself. After Lenin was shot, the Soviets arrested thousands, and executed many without trial. Thousands more died, on both sides, in fighting between Western forces and the Red Army. Millions of dollars, francs, pounds and rubles were wasted in a lost cause.

Some authors have written about the coup conspiracy in Moscow. Others have written about the invasion of Russia. My book brings together those two fronts of the Lenin Plot into one narrative and shows how they were inextricably linked in a coordinated operation. The story is told from multiple viewpoints—American, French, British, Russian, and Latvian.

The dominant theme in the narrative is this: If the term Cold War can be defined as an attempt to defeat another country economically, politically, ideologically or militarily without formal declarations of war, then it didn’t start after World War II. The Lenin Plot was the true beginning. More than a hundred years later, we still live in the shadow of 1918. 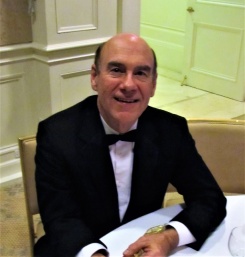 Barnes Carr is a graduate of Tulane University with majors in American and British literature. He has lived in New Orleans most of his life and now resides in Houston. He is a former reporter and editor for daily newspapers and wire services in Mississippi, Memphis, Boston, Montréal, New York, New Orleans, and Washington, D.C. and was executive producer for WRNO Worldwide, a commercial short-wave service providing New Orleans jazz and R&B to the USSR in the twilight years of Soviet rule.  His Operation Whisper: The Capture of Soviet Spies Morris and Lona Cohen, was pub...
More about Barnes Carr