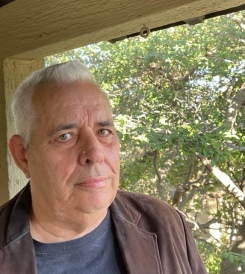 Brendan McNally is a journalist and author who has covered defense, security and intelligence issues since the late 1980s. He cut his teeth covering the Pentagon and Capitol Hill for industry newsletters. Following the 1991 Gulf War, Brendan moved to Prague where he reported for Defense News and The Prague Post. During that time, he uncovered, among other things, Czech government efforts to sell its high-tech ‘stealth radar’ and nuclear weapons technology to Iran. He was also part of a New York Times team investigating a Pentagon cover-up of Iraqi chemical weapons detections by the Czechoslovak army during the opening hours of the Gulf War’s ground offensive.

From Czech acquaintances, Brendan started hearing stories of Western Cold War defectors and spies  gone to ground in Prague and of the sad, tiny community of Americans that had been forced to make it their home. Most had been Communists, ordered into exile to prevent them from testifying before Congress. There was also an Army major who’d fled with his wife and four children after getting fired from his military government post because of his prewar politics. There were others, academics and scientists who’d also lost their careers.  But he also learned of solitaries, even then still in hiding, including  a US Army Counter-Intelligence sergeant who’d become a double agent and wreaked massive damage to Western intelligence operations against the Czech target, remained hidden, fearing the retribution which ultimately did come for him one day in 2003 when someone murdered him. There was also the Korean War POW from Baltimore, who, after bravely standing up to his captors for three years, inexplicably joined the ranks of the turncoats he despised, mere weeks before the Armistice. For thirty five years he’d been living in complete isolation in a town in Slovakia, wanting to return to his family in Baltimore, but knowing he couldn’t.

Brendan McNally also learned about an elderly American woman, who had died a year before his arrival;  a onetime journalist and daughter of an ambassador, who’d lived out the last several decades of her life in a luxurious villa, attended to by a host of servants and continuously watched over by a squad of secret policemen, though no one knew why. More than ten years would pass before Brendan found out who she was and why she was there.  Traitor's Odyssey : Martha Dodd, her Circle and Soviet Espionage in America is the result.

After returning to the US, Brendan McNally turned his talents to magazine writing and fiction. He wrote Girl on the Pink Tank, which remains unsold, about child- and old lady-spies in Post-1989 Prague, then spent several more years researching a surreal, three-week long period immediately following Hitler’s death, when Grand Admiral Karl Doenitz; the “second Fuhrer,” ran a ‘rump’ version of the Third Reich. This became the basis of his novel, Germania, published in 2009 by Simon & Schuster and described as ‘ historically hyper-accurate slapstick.’

Brendan has also contributed articles to: D Magazine, Wired, The Rotarian, Telematics Update,  Military Technology, Smithsonian Air and Space, Defense, Defense Media Network, Australian Defense Monthly, and The Dallas Morning News. His years of research about American defectors in Czechoslovakia resulted in an article about one of them for The New Yorker; “The Korean War POW Who Never Came Home.” It told the story of Corporal John Roedel Dunn, a GI from Baltimore, who refused repatriation, went to China, and then disappeared, quietly living out the rest of his life in a town in Slovakia, where his “secretly American” children and grandchildren continue to live an extremely low-key existence.

Brendan McNally divides his time between Dallas and the Czech Republic, is married and has a daughter.