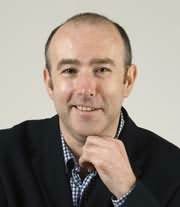 Carlos Alba is an award-winning journalist and author. He spent 10 years at The Sunday Times, including four as Scotland Editor, and he has also been Scottish Political Editor of The Daily Record and Education Correspondent for The Herald. He’s a winner of five national journalism awards including twice Bank of Scotland Reporter of the Year (commended) and twice BT Daily Newspaper Journalist of the Year (highly commended). His debut novel Kane’s Ladder was published by Polygon in 2008 followed, in 2011, by The Songs of Manolo Escobar. He runs a public relations consultancy, Carlos Alba Media, in Glasgow where he lives with his wife and three children.