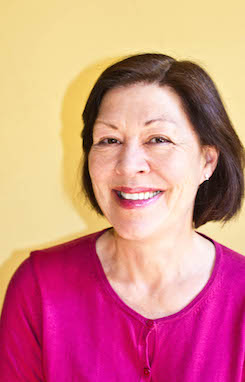 Caro began as a local newspaper reporter and went on to work for Woman, the Daily Mail, the Sunday Express magazine - where she ghosted a column for a rising young star, Jonathan Ross - and Good Housekeeping, where she was agony aunt.

After a stint freelancing for various magazines she began ghost writing in 2000 when lifecoach Fiona Harrold asked her to help with a book. The result was Be Your Own Life Coach which was translated into 15 languages and is still in print.

Over the next couple of years Caro made the shift from feature writing to ghost writing and since then she has collaborated on 30 books, including Sunday Times bestsellers Gypsy Boy by Mikey Walsh, John by Cynthia Lennon and Behind Closed Doors by Jenny Tomlin, the top seller of the year in its genre.

Caro has worked with celebrities, business leaders, self-help experts and those who have a story to tell, such as Alex Stobbs, the extraordinary young musician with cystic fibrosis, who became the subject of the award-winning Channel 4 documentary A Boy Called Alex and Sophie Andrews, author of Scarred: One Girl’s Triumph over Shocking Abuse and Self-Harm, who went on to become National Chair of the Samaritans.

Caro also worked with Julia Baird, John Lennon’s sister, on the story of his childhood, Imagine This (filmed as Nowhere Boy), My Life in Pictures by Jerry Hall, Behind the Laughter by Sherrie Hewson, Glorious Grandparenting by Gloria Hunniford and Always By My Side, the story of bomb disposal expert and George Cross winner ‘Oz’ Schmid.

I met Andrew through a series of lucky circumstances and I immediately liked his energy, his approach and the care he gives his authors. As a ghostwriter it’s really important to have an agent who’s in your corner and who knows how complex it can be to write a book for someone else. Andrew appreciates what’s involved and values the writers he represents.