Don’t Let’s Be Beastly to the Germans: : The British Occupation of Germany, 1945-49
Daniel Cowling

As the Second World War came to an end, thousands of British men and women were tasked with building a democracy out of the ruins of Hitler’s Germany. From rebuilding bridges and schools in the British Zone to tracking down fugitives, their job was to leave no stone unturned in the fight against Nazism. But Britain’s fledgling force of civilian and military occupiers soon became entangled in the murky underworld of postwar Europe - rife with black marketeering, corruption, cover-ups, sex and scandal. In time, they also found themselves at the frontline of the Cold War, as irreconcilable tensions saw Europe divided between East and West. This is the extraordinary and untold story of Britain’s faltering attempt to ‘win the peace’ in a world defined by conflict.

Don’t Let’s Be Beastly to the Germans recounts the political and military history of the occupation alongside compelling, heartwarming, and, at times, scandalous tales of life amid the ruins of the Third Reich. For some British occupiers, aloofness and scepticism were the order of the day, even refusing handshakes with the local population. But others found themselves forming friendships and even lifelong relationships with former adversaries. Back in Britain, competing visions of how to ‘win the peace’ and whether or not, in the words of Noel Coward’s hit song, to be ‘beastly to the Germans’ led to divisive debates over the legacy of the Second World War and Britain’s role in Europe. These quarrels further intensified as hostility between the West and the Soviet Union came into focus. Meanwhile, salacious press reports of casual sex, widespread profiteering, drunken exuberance, and quasi-imperial excess sullied the reputation of Britain’s occupiers. By 1949, as the military occupation came to an end, many British onlookers expressed concern that Britain had snatched defeat from the jaws of victory.

Don’t Let’s Be Beastly to the Germans explores, for the first time, the social, political, and military history of the British occupation through the eyes of those who were there. The result is a wholly new perspective on the interconnected histories of the Second World War, the Cold War, and Britain’s fraught relationship with the continent since 1945. It uncovers a vital and unexplored chapter in the story of Britain’s war and its aftermath, challenging traditional narratives of peace and conflict in postwar Europe. 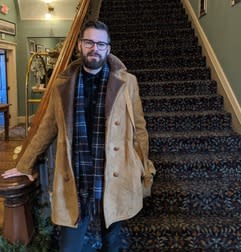 Daniel Cowling grew up in Manchester before completing a degree in history at the University of Nottingham. He then went on to the University of Cambridge to study for an MPhil and, subsequently, a PhD. His doctoral thesis was on the history of the British occupation of Germany. In this time he also taught undergraduate students and presented papers at academic conferences.   Daniel specialises in modern European history, with a particular interest in the Anglo-German relationship. He has number of academic publications in this field, including an article in the Journal of Contempora...
More about Daniel Cowling