Curse on this Country
Danny Orbach 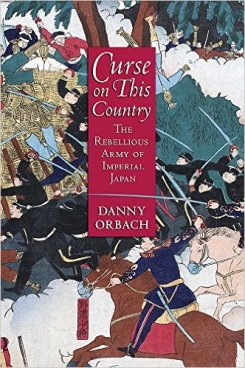 Imperial Japanese soldiers were notorious for following their superiors to certain death. Their enemies in the Pacific War perceived their obedience as blind, and derided them as “cattle.” Yet the Japanese Army was arguably one of the most disobedient armies in the world. Officers repeatedly staged coups d’états, violent insurrections and political assassinations, while their associates defied orders given by both the government and high command, launched independent military operations against other countries, and in two notorious cases conspired to assassinate foreign leaders.

The purpose of this book, the first of its kind in English, is to explain the culture of rebellion and resistance in the Japanese armed forces. It was a culture created by a series of seemingly innocent government decisions, each reasonable in its own right. These decisions unintentionally led to a gradual weakening of the Japanese government’s control over its army and navy. The consequences were dire, as the armed forces dragged the government into more and more of China in the 1930s, and finally into the Pacific War.

Curse on this Country, a book based on original documents in fifteen archives and five different languages, sheds light on the underground culture of insubordination that became increasingly dominant in the Japanese armed forces, until it made the Pacific War possible. It argues that assassinations and other acts of brazen defiance were the moving force in modern Japanese history – not blind obedience as is usually believed. 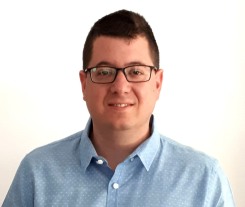 A veteran of Israeli intelligence, Danny Orbach is an associate professor for history and Asian studies at the Hebrew University of Jerusalem. He  studied for more than ten years in Tel Aviv, Tokyo and Harvard Universities. As a historian, commentator and political blogger, he  has published extensively on German, Japanese, Chinese, Israeli and Middle Eastern history, with a special focus on military resistance, disobedience, rebellions and political assassinations. He is also studying the history of espionage, intelligence and military adventurers.
More about Danny Orbach