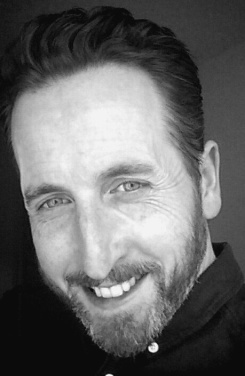 David Bullock was born and raised in Northampton. An expert in Victorian and Edwardian criminal history, he has been researching the Jack the Ripper case for over twenty years. An actor for more than a decade, David has been cast in a number of TV and theatre roles, and has appeared in a host of independent films. In 2011 he was a finalist at the Reading Festival of Crime Writing.

David is a regular speaker on the subject of Jack the Ripper and in 2013 appeared in the Channel 5 documentary Inside Broadmoor.

Since 2007 David has worked as a Police Community Support Officer and is currently based in Windsor, where he works for Thames Valley Police. In 2010, he received a National Police Award for his efforts in helping the homeless in Windsor and in the field of crime prevention.

David lives in Berkshire with his wife and son.

I’d been working on my book for a good number of years and, after the Sunday Telegraph printed a story about my research, and after two television production companies got in touch, I decided to approach publishers.

The responses I received were either negative or tentative and it wasn’t long before I realised that my best course of action was to find an agent.

Andrew Lownie responded almost immediately and by the time we’d spoken the following day I was utterly convinced that he was the man for me. Andrew has an invaluable wealth of experience and expertise and has always shown great faith in my book. He’s truly one of the best in the business.