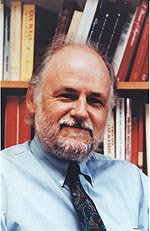 David Day’s big break came when he sold the film rights to a seminar paper while doing his Ph.D. at Cambridge. That led to the highly acclaimed, Menzies and Churchill at War (1986), which has seldom been out of print. Two more books on the Second World War were published soon after and have been re-published by HarperCollins as The Politics of War (2003).

In 1996, David published a groundbreaking history of Australia, Claiming a Continent, which developed the notion of Australia as a supplanting society. Published by HarperCollins, the book won the Non-Fiction Prize at the Adelaide Festival. David has since written a comparative history of supplanting societies from the Byzantines to the Indonesians, to be called Conquest: A New History of the Modern World.

He has also written prize-winning biographies of Australia’s wartime prime minister, John Curtin, (1999) and his successor, Ben Chifley (2001), both books being published by HarperCollins. He is researching a life of Andrew Fisher and completing a study of Winston Churchill, Into the Abyss: Winston Churchill and the Origins of Two World Wars.

David has been a visiting professor at the University of Tokyo and University College Dublin and a By-Fellow at Churchill College.

After the publication in 1986 of my first book, Menzies and Churchill at War, I was approached by Andrew, who was then establishing himself as a literary agent. We had an enjoyable discussion over dinner in Cambridge, during which I was mightily impressed with his energy and enthusiasm. However, I was contractually tied to a publisher and there seemed no role that Andrew could then play. Nevertheless, we kept in touch over the years until, with the publication of my latest book, Conquest, I approached Andrew to handle the UK and US rights, as well as the rights for a forthcoming book on Churchill, Into the Abyss. Again, I was impressed with his insightful comments and his commitment to getting a proposal just right before submitting it to a publisher. His help is already beginning to produce results.