Royal Legacy: How the royal family have made, spent and passed on their wealth
David McClure 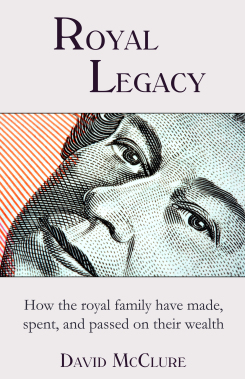 Over the last century the British Royal Family have benefited from special privileges like secret wills to keep their private wealth away from public scrutiny. How can Prince Charles afford to live so lavishly - many ask - and how is the Queen able to bankroll other members of her family?

With the discovery of unpublished royal wills, little-known royal auction records and recently-released Treasury papers, David McClure has pieced together a mosaic of the landed property, jewellery and artworks that together forms the bedrock of the royal family’s inherited fortune.

But like all inheritance tales it’s also a highly human story full of greedy relatives, family splits and skeletons in the closet – and one made all the more timely by the current succession process whereby the Queen hands over some royal duties to the younger generation.

Nosy and irreverent,  Royal Legacy takes a peek behind the palace curtains 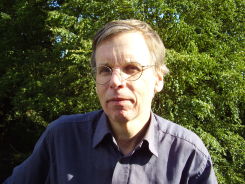 David McClure is a television producer and freelance writer and journalist. He has worked for Reuters, BBC News and Thames Television and made current affairs programmes for Channel 4 and Sky News.   He was also written for The Sunday Times and The Guardian and is currently developing a documentary on the royal finances.
More about David McClure