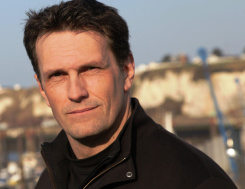 David O'Keefe is an award-winning historian, documentarian and professor at Marianopolis College in Westmount, Quebec. He served with the Black Watch (Royal Highland Regiment) of Canada in the Canadian Forces in Montreal and worked as a Signals Intelligence research historian for the Directorate of History and Heritage (DND).

He has also created and collaborated on more than fifteen documentaries for History Television and National Geographic and has appeared on the CBC, CTV, Global Television and the UKTV Network in Great Britain. He wrote and produced the groundbreaking documentary Dieppe Uncovered, which made headlines around the world, as well as the Canadian Screen Awards nominated best historical documentary Black Watch Sniper. He is also the writer, creator, producer and host of the UKTV’s  Buried War as well as the Unearthing series and over a dozen other television documentaries.

He was awarded the Queen’s Diamond Jubilee medal in 2012 for research on Dieppe and the Veterans Affairs Ministerial commendation for contribution to history. He is the bestselling author of One Day in August: The Untold Story Behind Canada’s Tragedy at Dieppe, a finalist for the John W. Dafoe Book Prize, the CAA Lela Common Award, and the RBC Taylor Prize.

O’Keefe lives and works in Rigaud, Quebec, with his wife and children