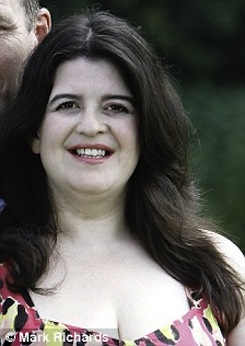 Denise Williams has endured every mother's worst nightmare. Her husband Steve Wilson murdered their two sons, aged seven and eight, in despicable revenge when she told him she was ending their abusive marriage.

Incredibly, Denise has rebuilt her life. She is now happily remarried and lives with her three young children in Birmingham, where she works as an insurance administrator.

Born in Birmingham in 1976 to a splintered family, Denise met Steve Wilson when she was 16 and vulnerable. She was pregnant and married before she turned 17. Her son Bret was born on 26 October 1993 and his younger brother Brad Lee arrived ten months later. Denise vowed to shower her boys with the love she never had.

In 2002, after years of appalling violence and psychological bullying, Steve stabbed Bret and Brad Lee to death. He was given two life sentences for double murder but days later was found hanged in his prison cell.

Denise would like to tell her story to help other women recognise the signs of control and abuse, and leave before it's too late. She strongly feels she is a survivor, not a victim.

It is my life's ambition to write my life story as a tribute to my lost sons, and warning to other women. Some agents relished the idea of writing my story as a psychological thriller, but I had to point out my past events are my life, not a thriller. I had immediate confidence in Andrew's competitive, business-like attitude and am grateful for his faith in my story.