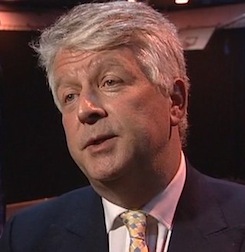 During his publishing career, Dominic Carman spent time at Euromoney and News International. As a freelance journalist, he combines writing for the Times, Sunday Times, Mail and Guardian with work for international law firms. Educated at Manchester Grammar School and Durham University, he has appeared in several television programmes.

Dominic has been married to Rachel for twenty years; they have three teenage children. He is still learning how to be a good father. He has had innumerable conversations with parents about the competitive process involved in winning a place at a good school. Bamboozled by league tables, prospectuses, visits and entrance exams, they turn to guidebooks, and to each other, before choosing. Dominic conceived Heads Up to satisfy a widespread curiosity about what Heads are like as people, to answer questions others dare not ask, and to provide insight into the secret world of an impressive, powerful group, whose methods and mores are varied, fascinating and compelling.

I came to Andrew Lownie because of his reputation and expertise. His wise counsel and helpful support have been invaluable.