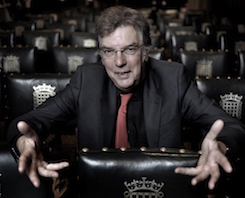 Francis Beckett is an author, journalist, playwright and contemporary historian.  He was the 2009 winner of the Ted Wragg Award for lifetime achievement in education journalism.

He has worked for newspapers (principally The Guardian), magazines, trade unions, charities and the Labour Party.  He is editor of Third Age Matters, a 92-page magazine published by the University of the Third Age.

He has a degree in History and Philosophy from Keele University and is the author of 17 books, mostly on contemporary history, including biographies of four Prime Minsters – Attlee, Macmillan, Blair and Brown. Other books include Marching to the Fault Line (Constable and Robinson, 2009, with David Hencke), the history of the 1984-5 miners’ strike, and What did the Baby Boomers Ever Do For Us? (Biteback, 2010.)

His first play, The Sons of Catholic Gentleman, won the Independent Radio Drama Productions award and was broadcast by LBC.  His second and third, Money Makes You Happy and The Right Honourable Lady, are published by Samuel French. Claim and Shame, a bespoke play about the MPs’ expenses scandal, was directed by Joanna Turner for Theatre 503, and The London Spring, had a three week run at the Etcetera Theatre in Camden Town.