The fall from popular grace of the previously adulated brother of the heir to the British throne as a consequence of his marriage to a beautiful and dynamic Hollywood starlet of colour is an extraordinary story that makes for fascinating reading in best-selling royal author Lady Colin Campbell’s balanced account. Lady Colin knows her royal history and psychology. Having spent the first seven years of her adult life in the USA, she has a foot in both the American and British camps. This gives her a breadth of insight lacking in writers without such duality. She goes behind the scenes, speaking to friends, relations, courtiers, and colleagues on both sides of the Atlantic, and casts revealing light on the most unexpected royal story since the Abdication. In the process, she highlights the dilemmas involved and the issues that lurk beneath the surface, which created misunderstandings especially in the US, where there are popular misconceptions as to why the couple decided to step down as senior royals. Her grasp of her subject is unwavering and all-encompassing as she analyses the implications of the actions of a young and ambitious couple, in love with each other and with the empowering lure of fame and fortune. She leads the reader through the maze of contradictions, revealing how Californian culture has influenced the couple's conduct and led them into conflict with British traditions, customs , conventions and mores. She exposes how they tried and failed to change the royal system by adapting it to their own needs and ambitions, and, upon failing, how they decided to create a new system altogether. Their struggles with the palace, their staff, the Royal Family, and the British press are explored, along with their underlying aim of acquiring the means to afford a West Coast billionaire lifestyle. These and many other questions are addressed in depth by a work that will likely be recognised as the most authoritative and insightful book on the royal couple.

In Meghan and Harry: The Real Story, she examines in depth, the forces that have driven the royal couple. She has impeccable sources, many of whom are either royal or closely connected to them, and she unflinchingly but compassionately examines the Sussex story from all angles. Just as her two Diana biographies, Diana in Private: The Princess Nobody Knows (1992) and The Real Diana (2004) are acknowledged by many to be the most accurate and authoritative on the subject, because they were balanced, unprejudiced, incisive and well-informed, so too is Meghan and Harry: The Real Story an equitable, insightful and unbiased account of the royal couple. 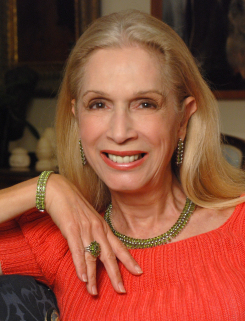