This is the first biography for over twenty years of Prince George, Duke of Kent – the Queen’s uncle and father of the present Duke, Princess Alexandra and Prince Michael. Drawing on much unpublished material, the book reassesses the reputation of George V’s most handsome, glamorous and cultured son.

Prince George and his beautiful wife, Princess Marina of Greece, were celebrity super-royals of the 1930s. Yet, George is now labelled a drug-addicted, pro-Nazi, bisexual dilettante whose death in an unresolved wartime air crash on a ‘special mission’ to Iceland was a blessing in disguise. This book finally reveals the man behind the image and the truth of his fate.

Glyn will demolish the myth that George was a delicate aesthete whose Navy career in the 1920s was devoid of friends or fun. New material illuminates allegations of a gay sex scandal and blackmail. The list of George’s alleged male lovers is dissected – and new names added, but the dearth of firm evidence of a gay relationship contrasts with revelations of previously unknown girlfriends.

Passionately anti-fascist, George’s role in the 1938 Munich Crisis and efforts to protect Poland in 1939 are uncovered. Enjoying friendships with Churchill, Roosevelt and CIA founder ‘Wild Bill’ Donovan, George worked tirelessly in the RAF during the war. While exposing the myths of George’s alleged treasonable role in Rudolf Hess’s bizarre solo flight to Britain in May 1941 ‘to negotiate peace with the King’, the book reveals George’s remarkable links with the key players in an MI6 sting operation sanctioned by Churchill.

When George’s Sunderland flying boat impacted with a remote Scottish hillside in August 1942, all fifteen aboard were reported killed. Twenty-fours later, a survivor was found wandering miles away. The RAF silenced him for life, and blamed the Australian captain for flying on the wrong course.  But rumours soon began to spread – drunkenness, sabotage, an unidentified body – that George was flying the ‘real’ Rudolf Hess to peace talks with Hitler. After a seventy-year cover-up, Glyn will finally reveal the details of George’s ‘special mission’ – and the shocking cause of the crash. 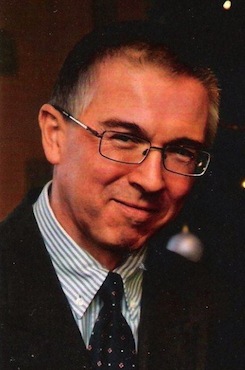 Born in Newcastle-upon-Tyne in 1954, Glyn Gowans read law at Durham University and formerly headed a major law firm’s Intellectual Property Department. However, having long had ambitions to write, he resigned his partnership and moved to Bordeaux in 1996. He later settled in Mallorca.  In 2004, intrigued by reading of Prince George’s controversial death, he began to research the tragedy. He has spent the last nine years uncovering George’s life, returning to England in 2009 to complete his research.
More about Glyn Gowans