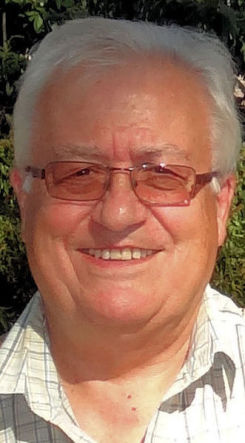 Ian Sayer was born in Norwich in 1945. He is an entrepreneur and a military historian specialising in World War II. His investigation into what the Guinness Book of Records termed ‘The World’s Greatest Robbery’ led to the 1984 publication of his international bestseller Nazi Gold (still selling well after 33 years), and in 1998 he had the rare honour of being photographed in the vaults of the Bank of England holding two bars of stolen Nazi Gold which he had tracked down on behalf of the US government.

In 1988 Ian was responsible for locating the most senior surviving Nazi, SS General Wilhelm Mohnke, and implicating him in the three worst massacres of captured prisoners of war on the Western Front, published in his book, Hitler’s Last General – The Case Against Wilhelm Mohnke. As a result of Ian’s investigation the British, Canadian and US governments requested that the German government take action against Mohnke.

Ian has established a large private library relating to the war, together with the world’s largest private archive of autograph material from that period, containing many rare and important documents which have been used by researchers, authors, historians and institutions. He is an acknowledged expert on the Third Reich, and has made regular appearances on television and radio.