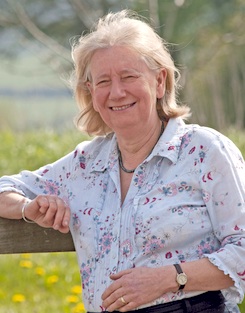 Joanna Mack works at The Open University on a wide range of new modules for the social science faculty covering social policy, psychology, economics, politics and the environment. After graduating from Cambridge University, she worked on New Society magazine before moving into broadcast television where she had a long and successful career as a producer/director of factual programmes winning many prestigious awards, including, nationally, from BAFTA, Royal Television Society, British Film Institute, and British Universities Film and Video Council, and, internationally, from New York International Film and Television Festival, Chicago International Film Festival, San Francisco Festival and the CableAce Awards of North America.

She produced and directed the first of the Breadline Britain series in 1983 and was the series editor for the second series Breadline Britain in the 1990s. She also produced and directed Lost Children of the Empire, a ground breaking documentary uncovering the story of child migration from the UK under which children as young a three were shipped to Australia, Canada, New Zealand and the former Southern Rhodesia from the turn of the 20th century up until as the late 1960s.  The film's broadcast in the UK and Australia, and the subsequent book of the same name, helped secure the foundation of the Child Migrants Trust and their work supporting families separated by these practices. Two decades later it led to official apologies from the Australian and UK governments.

She has had a long term interest in the area of poverty and inequality.  She initiated and set up the pioneering survey research behind the 1983 Breadline Britain broadcast television series which devised a new approach for measuring poverty based on the public's perceptions of necessities (written up, with Stewart Lansley, in Poor Britain). This methodology has been used by researchers and governments in the UK, the European Union and many other countries from Japan to South Africa.  She was part of the successful bid team for the latest research (PSE: UK) using this methodology, funded by the Economic and Social Research Council, and is the Open University lead on this research project, the largest ever undertaken into poverty and social exclusion in the UK.

In 2012, she set up www.poverty.ac.uk,  which has become an important source of information on poverty and social exclusion in the UK and is now extensively used by researchers, educators, students and the general public.

A Century of Childhood (with Steve Humphries and Robert Perks), Sidgwick & Jackson, 1988.