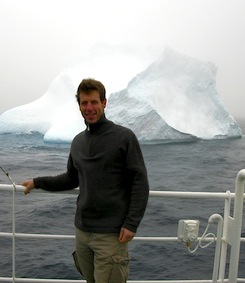 Joff Sharpe is one of Britain's more colourful businessmen. Unusual entries on his CV include: a year living amongst the Iban headhunters of Borneo, a stint as an SAS officer, running an Internet company for Rupert Murdoch and being Piers Morgan's HR Director! Over the last 23 years he has helped a huge range of international companies improve their performance, mainly in the TMT (Telecommunications, Media, technology) sector. Beginning his business career in Blue Chip companies like Mars and PepsiCo, he switched focus more recently to the world of private equity where his responsibilities have taken him from the Ruhr Valley to Sub-Saharan Africa. He is married to an ex-journalist and has four children.