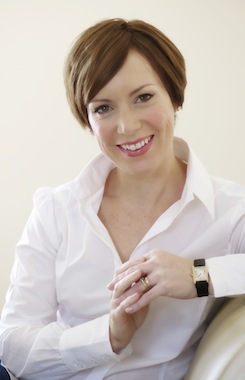 After the birth of her triplet girls in 2009, Julie became freelance and relocated from London to Kinross in Scotland.

Since then Julie has written celebrity and real life features for the Daily Mail as well as magazines such as Fabulous,  That's Life, Hello! and Now as well as the Daily Mirror and Sunday Mirror. She has also built up strong links in television by providing shows such as ITV's This Morning with case studies for interviews.

Julie is now embarking on a new career as a ghostwriter. Examples of her journalism work and testimonials from interviewees are available on her website www.juliemccaffrey.com

Interviewing extraordinary people and having only a 1200 to 2000 word limit for a newspaper feature  leaves me frustrated as their stories merit far more. That is just one reason why ghostwriting appeals so much.

I first interviewed Denise Williams in 2007 and was  incredibly moved by her story and strength to rebuild her life after her husband murdered her children. We became friends who shared many late-night chats and an ambition to see her tragic and inspiring story published.

Andrew called within 24 hours of first emailing him and impressed with the research he'd done into my work and enthusiasm for the book idea. His efficient, direct, friendly and approachable manner makes him a pleasure to deal with. I feel my new career is in expert and trusted hands.