Beyond the Call: The Incredible True Story of One American’s Life-or-Death Mission on the Eastern Front in World War II
Lee Trimble, Jeremy Dronfield 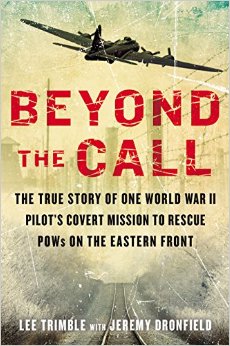 This is the story of Captain Robert M. Trimble, an American hero of World War II, who laid his life on the line to help his fellow Americans to freedom, along with other expatriates stranded in Eastern Europe.

By the fall of 1944, Soviet forces had pushed the Nazis out of Russia. As the front line rolled across Poland, the prison camps of the Third Reich were discovered and liberated, including slave labor and POW camps. In their tens of thousands, the suffering inmates were set loose.

The Soviets refused to help the freed prisoners, rejecting offers from the US to help get their men out. Foreign slave laborers and POWs were left to wander helplessly, starving, sick and dying. Something had to be done to save the lost American servicemen from starvation and death. With US/Soviet relations in a bad way, they would have to go under cover.

The OSS (forerunner of the CIA) swung into action. They picked out their only foothold in Soviet-occupied territory: the tiny US detachment at the air base at Poltava, Ukraine. A tiny dot of freedom in a sea of communist red, it would be the base for the covert rescue mission. The man they picked for the mission was veteran bomber pilot Captain Robert M. Trimble.

With only a crash course in secret agent fieldcraft, Captain Trimble took on a dangerous mission, outwitting and courageously facing off against the devious might of the deadly Soviet security force, the NKVD. He succeeded in smuggling a thousand lost souls to freedom, including American POWs, foreign slave laborers and concentration camp inmates.

Trimble’s story takes us into the little-known world of Poland in the wake of Soviet re-conquest: a war-ravaged land where life was cheap and atrocities occurred almost as a matter of routine.

A dramatic, emotional roller-coaster, with Robert suppressing his yearning to go home to his wife and the baby daughter he had never seen, haunted by memories of his own father, and scarred by the traumas of war. 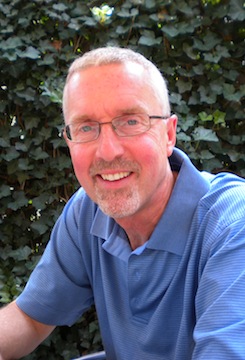 Lee Trimble has degrees from Pennsylvania State University (BS)  and Stevens Institute of Technology (MS). He began his career as a researcher with Bell Laboratories for 25 years, honing expertise as a technical writer for scientific journals, and speaker at international symposia. He turned to narrative writing with his first book: Fighting Bastard of the Ukraine, which was the result of a shocking confession from his 85-year-old father. Believing his father’s assertions were the confused musings of an old man, four years passed before casual, then serious research confirmed hi...
More about Lee Trimble,