Bye, Mam, I love you: A Daughter's Last Words. A Mother's Search for Justice. The Shocking True Story of the Murder...
Lynne Barrett-Lee, Sonia Oatley 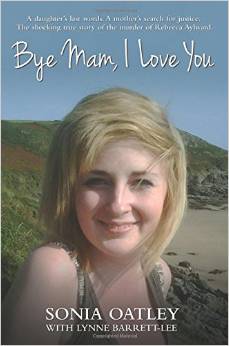 On Saturday 23rd October, 2010,  15 year old Rebecca Aylward* was brutally murdered. She was killed by an ex-boyfriend, 16 year old Joshua Davies, who had lured her into woods near Aberkenfig in south Wales, and, having arranged to meet with a view to rekindling their relationship, had instead hit her over the head with a rock bigger than a rugby ball.

But this was no impulsive crime of  teenage passion. As would be  gradually uncovered, as the police gathered evidence, a much more chilling  picture emerged. Davies had spent many months thinking of ways to kill Becca; by poisoning her, drowning her, and  throwing her over a quarry.  And, as the evidence revealed when he was brought to trial the following July, Davies was as arrogant as he was barbaric.  He even bragged about his plans, on many  occasions, his final words to his mates that day being ‘the time has come’. One of them even offered him the reward of a free breakfast.

But this book, by Becca’s mother, isn’t just about a murder.  Shocking and heartrending though it is, this is also  a life-affirming story  –  testament to the courage she has found throughout this ordeal;  to relate the truth, to help her children find a way out of the darkness, and to set up a charitable foundation bearing  Becca’s name, to help gifted young people in difficult situations, who aspire, as Becca did, to a career in law.

‘Bye, Mam, I love you’ were Becca’s last words to Sonia, and this memoir is an expression of a mother’s love and pride in a young girl who had so much to live for.  Because Sonia knows that, in the hearts of the many people whose lives she touched, Becca’s spirit  does live on.  And always will. 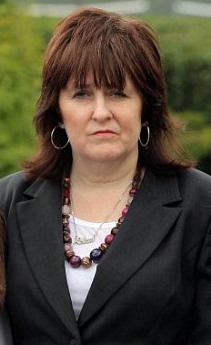 Sonia Oatley was born in Maesteg into a loving, close knit family. Her Dad, one of ten children, was a coalminer, and had been since the age of fourteen, while her Mam looked after her, her sister and her three brothers.At the age of sixteen she left school on the Friday and started work on the Monday in a factory making Italian fine porcelain figurines.  From there she went on to do various jobs until she had the first of her three children. Rebecca was born in 1995, Jessica  in 1997 and Jack in 2002.
More about Sonia Oatley