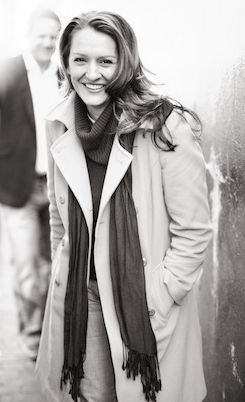 Mandy Smith  was born and raised in Hartlepool, County Durham. As a child she longed to be an air hostess, but suppressed this dream for several years to land herself a “proper job”. On leaving school she studied at Hartlepool College of Education, where she gained a HND in computer science.

In 1996 she moved to Horsham, West Sussex, to work in the engineering department at Virgin Atlantic. But, after three years of menial office tasks, she could no longer resist the urge to take to the skies. So she took the plunge and applied to become a member of Virgin Atlantic’s cabin crew. She sailed through the rigorous interview process and, in 1999, she was awarded her wings.

After a 12-year career jetting around the world, she eventually retired from the world of flying to pursue an entirely different career: motherhood. She now lives in West Sussex with husband Glenn and their 19-month-old baby.