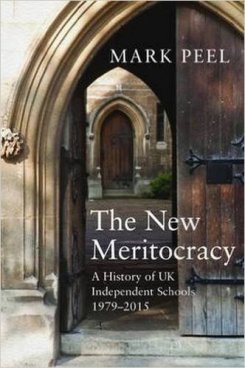 Few topics attract such heated debate as Britain’s independent schools. To supporters they are beacons of excellence, renowned the world over, to detractors they are bastions of class privilege, an impediment to social mobility.

In this first full-scale history since John Rae’s ‘The Public School Revolution: Britain’s Independent Schools 1964-1979’, Mark Peel examines the period 1979 to the present and charts the momentous changes during this period: rapid fee inflation, the decline in boarding, the rise of parent power, the growth in public accountability, the effect of external inspection and staff appraisal, the emphasis on academic excellence, the debate about league tables, the expansion of the arts, the growing professionalism of sport, the development of pastoral care, the changing nature of religious worship and closer links with the state sector.

In response to those who criticise the disproportionate influence these schools still wield at top universities and in the higher echelons of society, Mark Peel argues that, wealth aside, their new-found commitment to excellence is the way forward for all schools, a fact acknowledged by the last Labour government which founded its academy programme to a large degree on the values of the independent sector.

Yet success for the independent sector has come at a cost, not least financially in terms of much higher fees. At a time when social mobility has stagnated [outside the independent sector where approximately half of the pupils are first-generation], it has led to calls for wider access at university, the end to charitable status and for closer engagement with the state sector.

Independent schools have forged much closer links with their local communities, but the job is far from complete. Educational altruism and political common sense dictate that further integration should be their priority.