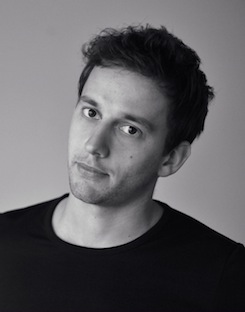 Martin Hammond trained in photography at the University of the Arts London, before moving over to TV, where he now works as a Producer. He is currently working on the Channel 4 comedy series Rude Tube at October Films, where he also regularly contributes to the creative development of future productions.

Growing up, Martin was always rather mischievous. Whether by hiding fish entrails in the air-conditioning unit of the girls changing room, locking the head of science in a cupboard, or baking laxative-filled cakes for the school fayre; provoking laughter was always high on the agenda - even if it was just his own.

Now almost 30 and still not a proper grown up, Martin is hoping to continue making other people laugh with his first spoof-letter book, Ask a Silly Question.

Having just completed my full manuscript, I began researching the best agents to approach. Andrew was very high on my ‘hit-list’ because of his huge reputation in the non-fiction market. However, before sending the manuscript out to agents, I decided to pass it to friends of friends to gauge their honest opinions. As fate would have it, my manuscript ended up being passed directly on to Andrew by one of those reading the script and I haven’t looked back since…