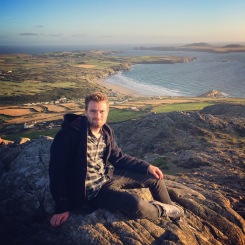 Martin Williams is a freelance investigative journalist. His work has appeared in Private Eye, the Guardian, the Observer, the Independent, and elsewhere. He hosts a live comedy show called 'Investigations', with the comedian Josie Long, which combines investigative journalism with stand-up comedy. In 2011 Martin won the Guardian's Scott Trust bursary and studied for an MA in Newspaper Journalism at City University. Before that, he read History and Politics at the University of York.