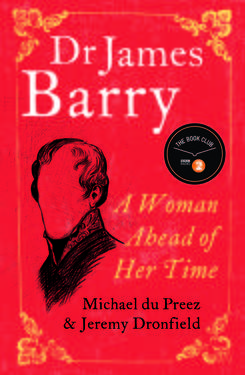 When Dr James Barry died in London in 1865, at the end of a long career as a high-ranking British army surgeon, stretching from the Napoleonic era to the Crimea, a strange and startling discovery was made. This man, who had always had a reputation for unconventional and sometimes scandalous behaviour, was found to have the body of a woman.

The doctor who called himself James Barry had lived a life of breathtaking deception. He – or rather she – had been born Margaret Bulkley. At the age of 20, Margaret changed her appearance and persona to that of a young man, because only in the guise of a male could she study medicine at Edinburgh University.

Margaret’s original plan was to train as a doctor, then go and join the revolutionary forces in Venezuela, but in the event she was too late: the revolution had stalled. So instead, in 1813 the newly qualified ‘Dr James Barry’ joined the British army, and embarked on a career of distinction, controversy and audacious deception.

This book, imaginatively bringing its subject and her times vividly to life, is the fullest, most authoritative biography yet of this pioneering, convention-defying woman – a brilliant medical professional and social reformer. It goes much further than any previous account in making known the truth about Barry’s life and adventures – including the truth about the intense and deeply moving bond of love with Lord Charles Somerset, Governor of the Cape Colony during Barry’s period of service in the Colony. It was a powerful love that held them together through trials and scandal; a love that never lessened even when they were half a world apart, and was finally only severed by death. Margaret, in her guise as Dr Barry, learned to live as a man, but beneath the disguise she loved as a woman.

This book reveals, for the first time, the full complexity of the identities of Margaret Bulkley and Dr James Barry: the childhood abuse that turned her against men; the violent outbursts of temper; the zeal to better the lot of common soldiers and slaves; and the passionate love that was her redemption but also her heartbreak. 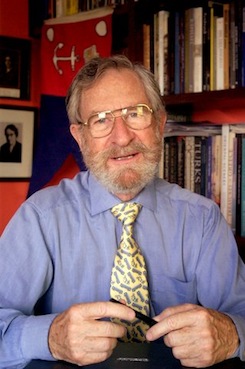 Capetonian by birth and education,  Michael graduated M.B., Ch.B. from the University of Cape Town in 1958, and became a Fellow of the Royal College of Surgeons of England in 1963.   He specialised in Urology, training at St. Thomas', the Institute of Urology and Great Ormond Street in London, before returning to the Cape in 1967, complete with a wife, and baby daughter.   He practised both privately,  and at Groote Schuur Hospital and the Red Cross Childrens' Hospital as a Urologist from 1967 to 1994, introducing important innovations, and after that in Bahrai...
More about Michael Du Preez,