Born into the Children of God: My life in a religious sex cult and my struggle for survival on the outside
Nadene Ghouri, Natacha Tormey

From birth it was drilled into Natacha and her 12 siblings that they had a special destiny – they were part of an elite children's army that had been bestowed with superpowers and would one day save the world from the Anti-Christ. Natacha never expected to live until adulthood, having been told she would be killed in her teens - martyred in the battle of Armageddon.

Natacha's parents were French hippies who joined The Children of God in their teens. Inspired by the Californian counter culture movement the radical group initially espoused an unusual mix of free love and evangelical Christianity. At its height it had over 100,000 adherents around the world, including the parents of actor brother’s River and Joaquin Pheonix and actress Rose McGowan.

Adult members abandoned the outside world, giving up their biological families, material wealth and even their names by adopting biblical pseudonyms given to them by the cult. Over time mass orgies, swinging and prostitution by female cult members to win new recruits – a practice known as flirty fishing – became the norm. A publication division churned out thousands of pages of explicit manuals giving detailed instructions of how and why sexual promiscuity led to salvation. This lay the groundwork for the depravity to come, as the doctrine of free sex was expanded into something much darker and perverse. Children, even babies and toddlers, were forced to 'share' sex, both with each other and with adults.

Hidden away in remote communes and both physically and sexually abused her entire childhood, Natacha escaped aged 18 into an outside world she had no understanding of. Free of the sexual predation and paranoia of her childhood, but grappling to come to terms with the sense of betrayal, trauma and the disappointing realization she doesn't have a superpower and is not really a chosen member of a messianic army, Natacha had to find a way to become 'normal'.

As her incredible story shows – escaping a cult is only the beginning. How do you learn to live in an alien world you thought you had been born to save?

“This memoir is not only my journey through the 18 years of manipulation, brainwashing, physical, emotional and psychological abuse I endured in the hands of the cult I was raised in but also, the journey that followed.

To those who have left this world because the pain was too much to bear, know that you are not forgotten. We may never obtain justice in court, but we have exposed them for what they are, saving countless lives in the process.” 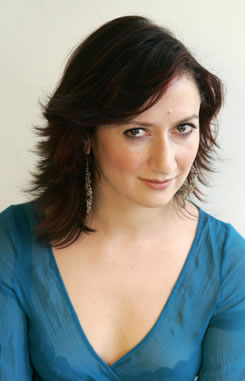 Nadene Ghouri is a multi-award winning journalist specialising in human interest and human rights issues. She is a former correspondent of both the BBC and Al Jazeera English and today is a freelance broadcaster and reporter working for BBC current affairs and leading publications including The Guardian and Mail on Sunday. She is the co-author of two New York Times bestsellers The Favoured Daughter about the life of Afghan human rights activist Fawzia Koofi and Born Into The Children of God with cult survivor Natacha Tormey. The Lightless Sky was named as one of the ‘buzz books’...
More about Nadene Ghouri, 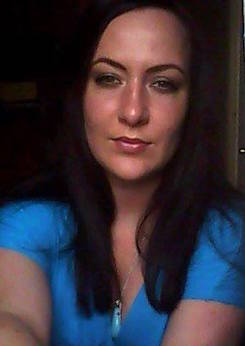 Natacha Tormey  was born into The Children of God cult (also known as The Family International) and grew up  living in cult communes across South East Asia, East Africa and Europe. Her French-born parents both joined the cult in their late teens, raising their children within it. Natacha was brainwashed, abused, beaten, frequently separated from her parents, fed on a diet of boiled rice and forced to sing and dance in prisons and shopping malls to raise money for the cult. As a young adult Natacha had no idea how the modern world worked – simple things such as writing a CV...
More about Natacha Tormey