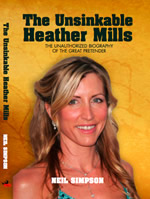 Everyone has an opinion about Heather Mills.

But just who is the woman who loved – and lost – Sir Paul McCartney?

This new biography follows Heather Mills’ troubled, triumphant and extraordinary life. Drawing upon dozens of interviews and testimonies celebrity biographer Neil Simpson paints the most complete picture yet of the woman who wowed America in ABCs’ Dancing With The Stars. It details:

The girl who was abandoned by her mother at 9 and who spent her childhood trying to protect her brother and sister from their volatile, unreliable father.

The teenager who ran away from home, joined a circus and ended up sleeping rough under the arches of London’s Waterloo Station.

The swimwear model with the longest legs in London. The model who lost a leg when she was hit by a police motorcyclist in a freak accident.

The inspiration who left hospital and learned to walk, run, ski and dance again.

The charity worker who forced the world to help thousands of children disabled by bombs in war zones across Europe.

The woman who won the heart of a Beatle, became a mother and ended up in the middle of the ugliest celebrity divorce battle in history.

The media victim who has been accused of being a prostitute, a lesbian and a fake.

Few women have lived lives as rich, as tragic or as eventful as Heather Mills. Few have suffered as much heartache or have had to keep on lifting themselves off the floor when each fresh disaster struck. This is her uniquely inspiring life story. The story of The Unsinkable Heather Mills. 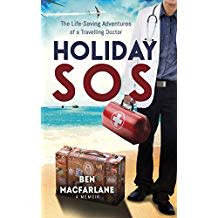 Neil Simpson is a Sunday Times Top Ten best-selling biographer and one of Britain’s most prolific ghost-writers. His back list includes highly commercial books for the likes of Orion, Hodder & Stoughton, Virgin, Mainstream, Penguin and John Blake Publishing.He is happy to meet very tight deadlines and has co-written with celebrities, television personalities, chefs and musicians, as well as an increasing number of ‘ordinary’ people who have lived extraordinary lives. Over the years his books have been serialised in the Daily Star, the Mail on Sunday, the Daily Telegra...
More about Neil Simpson